Monopoly Wiki
Register
Don't have an account?
Sign In
Advertisement
in: Board Game Variants, Monopoly, Monopoly Editions,
and 5 more 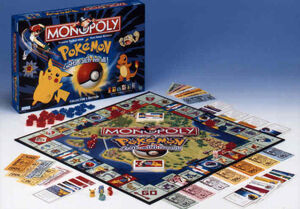 Monopoly: Pokemon Collector's Edition is a licensed variant of the classic boardgame first published in 1999 by Parker Brothers, with subsequent editions published by Hasbro and USAopoly.

New rules are added for doubles: 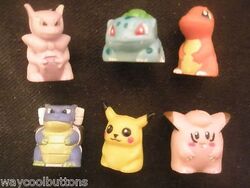 The tokens (non-pewter) are of Generation I Pokemon (the first 151). They are: 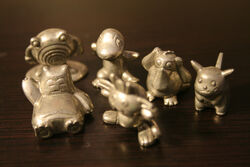 Pokemon in Pewter token edition are also of Generation I Pokemon (the first 151). They are: