The National Parks Edition of the classic Monopoly boardgame features some of the most beautiful and historic sites in the United States of America, as well as some of the most iconic American Wildlife, ranging from the grizzly bear to the bald eagle.

First Published in 1998 by USAopoly. 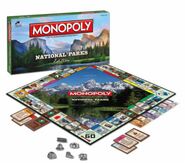 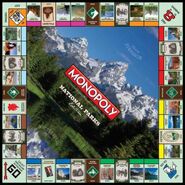 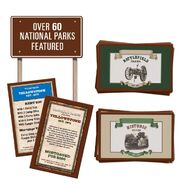 Deeds and cards
Add a photo to this gallery
Retrieved from "https://monopoly.fandom.com/wiki/National_Parks_Edition?oldid=14425"
Community content is available under CC-BY-SA unless otherwise noted.