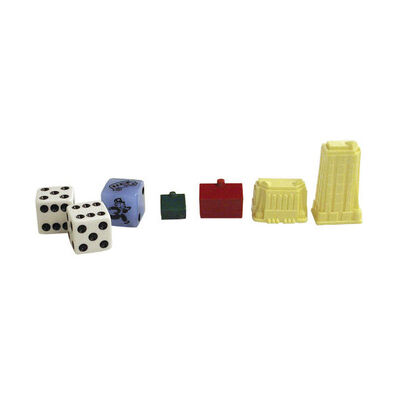 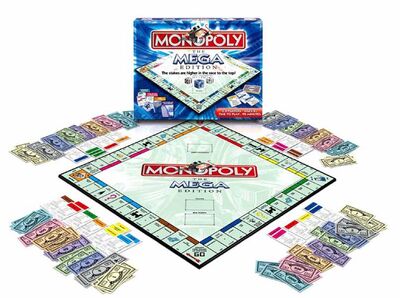 Setup is the same as that of regular Monopoly, except that there is a new card deck to go along with the Chance and Community Chest cards called Bus Tickets, and players now receive $/£2,500 at the start of the game (adding one $/£1,000 bill) as opposed to the base $/£1,500 in regular Monopoly.

If Mr. Monopoly is rolled on the Speed Die, the player first moves the number of spaces indicated on the two regular dice and deals with the space they land on. If the player has not landed in Jail, they then move forward to the next unowned property, which they may then purchase or put up for auction. If there are no unowned properties, the player needs to move forward to the next property on which they would owe rent to another player. (If all other properties are mortgaged, the player does not move after making the initial move.)

A new alternative to rolling is using a Bus Ticket. If a player uses a Bus Ticket which they own, they may advance to any space on the side of the board they are currently on. Bus Tickets are obtained primarily by rolling the Bus on the Speed Die, but may also be earned by landing on the BUS TICKET or BIRTHDAY GIFT spaces. Some of the Bus Tickets cause all other Bus Tickets drawn but not played to "expire", and thus be discarded. (This includes other Bus Tickets owned by the player who drew the "expiration" Ticket.)

Each color-group now contains an additional property, as does the group of Utilities (with the Gas Company). If a player owns the majority of properties in a color-group (2 of 3 in Purples/Browns or Dark Blues; 3 of 4 in other color groups), they may begin to build houses and hotels there, with rent doubled on any undeveloped properties. If they own all properties in a color-group, they may upgrade their hotels to Skyscrapers, which increase rent considerably (by $/£500 on First and Second Street properties, and by $/£1000 on Third and Fourth Streets) and charge TRIPLE rent on any unimproved properties. In the case of the Utilities, owning all 3 allows the owner to charge 20 times the dice roll (white dice only) of the opponent landing there. (NOTE: if you draw the Chance card that sends you to the nearest utility, you only pay 10 times the new roll if the owner owns 1 or 2 utilities; you pay 20 times the new roll if the opponent owns all 3 utilities).

Players can also build a train depot on any railroads which they own (the player does not need to own all 4 railroads) at a cost of $/£100. This doubles the rent on that railroad, or quadruples it if an opponent is sent there by one of the "Go To Nearest Railroad" CHANCE cards (Twice the DOUBLED Depot rent).

The Speed Die has been added to this game. New rules have been made regarding the Die.

In addition to the above properties, 3 new spaces have been added, bringing the total new spaces to 52, with 13 spaces on each side. The new spaces are:

What is notable about Houses and Hotels is that they have been slightly redesigned. Roofs now featured detailed shingles and flat edges.

In later editions of the game (September 2008 or later, with the 3D version of Mr. Monpoly above the word "MONOPOLY" on the box as opposed to the classic flatter version coming out of the middle "O"), the colors of money have changed.  (Also the first color set of properties are now brown instead of the traditional purple, and all of the cards are the same size - as with most of the newer editions of Monopoly.)

Of course, just like with any Monopoly game, the Bank never actually runs out of money, even if all the bills are gone.

There are 16 Bus Tickets. To obtain one, roll a Bus on the Speed Die, land on the new Bus or Birthday Gift spaces, or collect one in a trade. These purple tickets can be used in place of dice rolls. When used, they are given to the Bank, NOT put on the bottom of the deck like the other cards. 3 Tickets are labeled, "ALL BUS TICKETS, EXCEPT THIS ONE, EXPIRE." When one of these are drawn, they are announced immediately and all players discard any Bus Tickets they currently hold. They may be used in place of a Doubles roll. These tickets may be used to travel forward to any space on your current side of the board. Corner spaces count as the first and last space of each side, however, this does not mean you can bypass Go To Jail if you are on the 3rd side of the board. If you are on New Jersey Avenue, for example, you can only use the ticket to move to Free Parking. Tickets are useful for avoiding high-rent color-groups, and, of course, getting an early bonus from Go. Bus Tickets may be offered in a trade, like Get Out Of Jail Free cards.

Retrieved from "https://monopoly.fandom.com/wiki/Monopoly:_The_Mega_Edition?oldid=17436"
Community content is available under CC-BY-SA unless otherwise noted.