Monopoly: Marvel The Avengers Edition is a version of Monopoly that is based on the Avengers Comics, not the MCU films. It was released in 2015 by Hasbro Games. This is a game meant to be played by 2-4 players, aged 8 and up.

"Save every location in the Marvel Universe from evil in the Monopoly Avengers Game! This Monopoly game is just like the fast-trading property game but with an Avengers twist. You collect power every time you pass Go, and you can use that power to save locations. Once you've saved them, you can collect power-ups from other players when they land on locations you've saved! The game ends when all locations are safe from evil, and if you're the Avenger with the most power, you win!"

Unlike regular Monopoly and many other editions, this version has a round board: 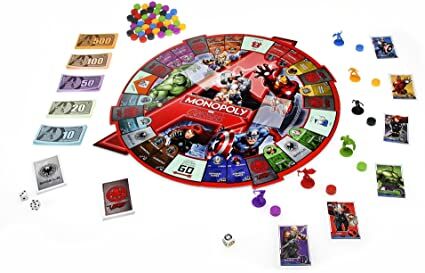 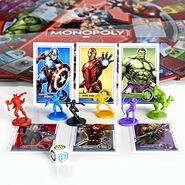