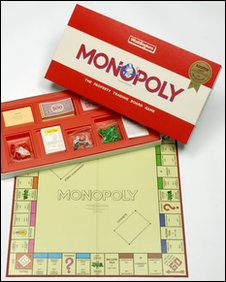 Monopoly: Leeds Private Edition is a 1989 version of the classic boardgame privately published through Waddingtons, the publishers of the standard UK edition of the game.

Just 500 copies of a board based around the city's streets and landmarks were produced in 1989 in aid of the Lord Mayor of Leeds charity appeal.

The edition was put together by Leeds-based firm John Waddington, which at the time produced and distributed Monopoly in the UK. It proved so popular that sales of the 500 sets raked in more than £18,500 for Coun Carter's Minicom Appeal, to help the deaf communicate on the telephone.

From GO onwards all properties are: 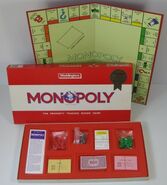 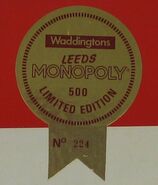 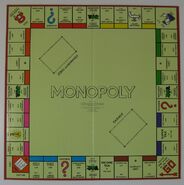 Add a photo to this gallery
Retrieved from "https://monopoly.fandom.com/wiki/Leeds_Private_Edition?oldid=13084"
Community content is available under CC-BY-SA unless otherwise noted.