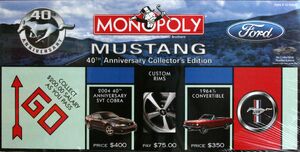 Monopoly: Ford Mustang 40th Anniversary Collector's Edition is a version of the classic boardgame published in 2004 by USAopoly, celebrating the 40th anniversary of the introduction of the iconic Ford Mustang.

"Introducing the Mustang 40th Anniversary Collector’s Edition of the world-famous MONOPOLY game, bringing the very best of these timeless vehicles right into your living room! It’s your chance to buy, sell and trade the most sought-after and revered models in the history of the ‘Stang, from the 1962 Roadster Concept Car and the 1965 Mustang GT to the 2004 40th Anniversary Cobra SVT. This customized game comes with collectible pewter tokens, including the 1964 ½ Convertible and Mustang pony. Shift into 5th gear as you memorialize an American classic!" 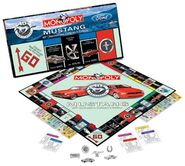 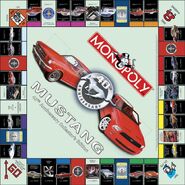 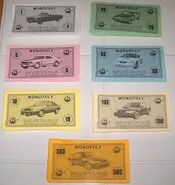 Bank Notes
Add a photo to this gallery
Retrieved from "https://monopoly.fandom.com/wiki/Ford_Mustang_40th_Anniversary_Collector%27s_Edition?oldid=14536"
Community content is available under CC-BY-SA unless otherwise noted.