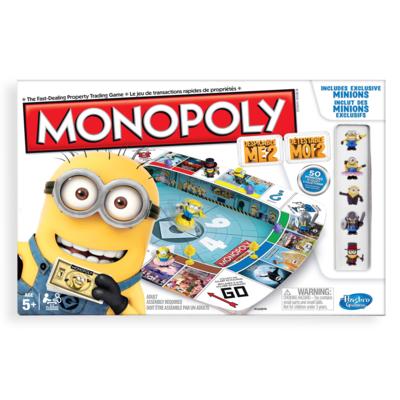 The Monopoly: Despicable Me Edition is, despite its name, a Monopoly Junior edition released by Hasbro in 2013 and centered around the movie Despicable Me 2 and its irrepressible Minions.

Though the game includes only four tokens, these are randomly selected from a set of fifty; the remaining forty-six can be purchased separately.

"It’s the classic fast-dealing property trading game of Monopoly, now with multitudes of minions! Gru is back with another evil plan and it’s up to you to collect Banana Bucks and own all of your favorite properties before he succeeds. Spin the Minion Spinner to move your minion around the board and wheel and deal to win the most mischievious Monopoly game ever!" 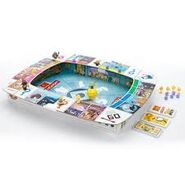 Box and a selection of Minion Tokens

Minion Tokens
Add a photo to this gallery
Retrieved from "https://monopoly.fandom.com/wiki/Despicable_Me_Edition?oldid=13992"
Community content is available under CC-BY-SA unless otherwise noted.