Monopoly Wiki
Register
Don't have an account?
Sign In
Advertisement
in: Board Game Variants, Hasbro, Spanish Editions,
and 3 more

The Chile Edition is a Chilean variant of the classic board game. It features the city of Chile. Including tokens, Airports (instead of Railroads), Energies (instead of Utilities). which was published by Hasbro in 2011 and later by Hasbro Gaming in 2017.

It's the Spanish Latin American version instead of the English US/UK version. So it produces the Chilean version of the board game. Produced by Parker Brothers in 2011. 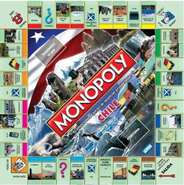 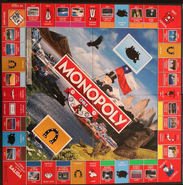 Game being voted by chileans